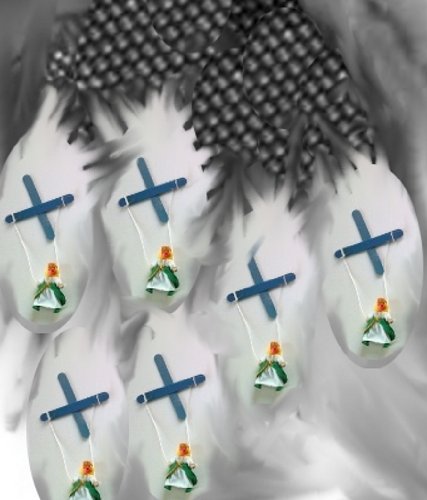 I just now read this nonfiction book for the first time in a while. I came away with the same thinking I came away with when I read it before: This book has a lot of meat. When I first finished writing PP&CT I pushed back, stood up and went outside to tell the circle of pines that always give advice so sweetly. I looked up from within the circle. “I finished,” I cried out louder than the fuss the trees were making with their whispers, their branch scratching, and buzzing, and soothing, sawing, susurrations.

The trees went silent. The wind stood still. Mother Nature cocked her head in that “wellllllll??” way she has. I could feel their expectancy, their esperanza.

AND IT IS GREAT! IT IS THE MOST IMPORTANT BOOK OF THE CENTURY!

Then what a rush of sound. The pines were dancing so hard, I could swear I saw their burls move.
They believed me! You should too!

Three of my books comprise a trilogy. Duh! The trilogy, at worst, will, if used, make you more than you ever dreamed you could be. At best this trilogy will transform you into the most powerful kind of human being – the kind who does not respect fear, thus has no fears. The kind who will grow and blossom and develop and rise up to your utopia while humanity is sliding into extinction. Psycho Paths and Con Trails is discovery. Discovery of two things.   One, you are not free. You are shackled by paradigms. You need a super paradigm shift into a mode and mood of living whose purpose is to shift those paradigms off you, off your path, off your major vector before you can be clear enough to learn to understand, think, and reason. Two, you have enemies of the severest kind who want to use you and ultimately destroy you. This enemy is the psychopath and its minions. So enough Ken and Barbie. Let’s get started on the super hero you. That you who is too powerful to bow to fear.  The world of psychology has thousands of words for the thousands of things that are keeping you from being perfect. This book was conceived when I realized that those thousands of things are like fire and ice. they have a good side and a bad side. They substantiate the greatest discoveries, inventions, advances in all of life. These thousands of things are one thing: PARADIGMS. From the time you were born you were inculcated and conditioned with paradigms. You won’t find paradigms a significant part of the discussion of those professionals who are SUPPOSED to enable you to rid yourself of your bonds and restraints and be all that you can be. And then, and then, and then a train started coming. That train is the enemy you are, having become free, enabled to recognize, escape from, and excel over. That enemy is the psychopath. When you understand this enemy in the depth of your soul you will be a truculent warrior who knows peace in the midst of battle.

FOR A BIGGER BETTER DESCRIPTION BEFORE BUYING YOU CAN GO HERE.