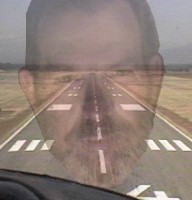 First, understand that the novel NINE ELEVENS has nothing to do with the catastrophe of September 11, 2001. The novel’s title is a clue to how things work. Except for wrinkles in time, it is relatively normal to assume that the presence of sinister in life only exceeds by a smidgin the imagination of the monstrous holograph of whoever or whatever cooks life’s books.

The novel uses the sinister reality of date trails. The possibility of trails of the date 9/11 and its relation to catastrophic and meaningful events is the question I posed to the internet search engines simply because that possibility arose in my imagination.

As I dug into it I realized I was on to something. The trails began to materialize. One of the trails was of particular interest. Some of the dates in that trail appear in the book cover photo. For some of the dates it takes a moment for the importance of the date and its catastrophe to sink in.

For example, even Eduardo Galeano, author of Open Veins of Latin America (1971), was surprised when his book received an unexpected publicity boost in 2009 when Hugo Chávez, president of Venezuela, thrust a copy into the hands of the US president, Barack Obama, at a summit meeting in Trinidad. Obama read it. The date of 9/11/1973 is a date most people now easily recall as the date on which the legitimate government of Salvador Allende, socialist president of Chile, was overthrown and Allende died horribly. To the thousands who were “disappeared”, tortured, murdered, expelled from Chile that date was an important one.

“So, Anyway” as John Cleese entitled his memoir, the trail of dates was suddenly so provocative to me that every time I looked at one of the dates in the trail, another novel began to form in my head. A year later I was delightfully researching the story of al Andalus, having grown accustomed to delightful research studying the Maya people of Central America. As I say that my eyes come to rest on a book: Breaking the Maya Code by Michael D. Coe. I realize again what an incredible experience that was and how remarkable that a study of the Maya would lead me to make a couple of them the first to navigate to Europe from the Caribbean – with the aid of a 500 pound turtle who was headed that way “Anyway”. And wooden shoe know those two Maya lovers would discover, and become part of,  al Andalus, a society almost as advanced as their own.

Al Andalus was not fiction, friends. In al Andalus, the physical land of Andalusia, jews, arabs, and christians lived in harmony as they created the most extensive library the world had known. Cordoba received the second magnificent print mill exported by China. The first went to Baghdad. 70 libraries were sprinkled across southern Spain as al Andalus translated all the books of the world into arabic. Of course my fictional Maya heroes helped.

“So, Anyway,” what about any of that would provoke a sequel to my novel? Welllll!!! What would not!?!? Here is a clue. One of the things that has grown to interest me more is this. The Jewish people were almost exterminated. Most of them left Israel in the diaspora(?s) of the latter half of the first century CE before, during, and after having been nearly annihilated by the Romans. OK, I get that. But, how did they survive? THEY were the refugees of their time. Yet, they have not only survived. They have thrived. How? They have been scattered among the countries of the world. They maintained their integrity as a people. They developed the skills necessary to live among all kinds of societies and all kinds of people. OK, that is the simple answer. Yet, that answer just provokes more questions.

But, anyway, the question that provoked those suggestions was supposed to be the subject of this post. But, I have spent the equivalent of a couple of long posts just getting to the question.

So, the question becomes this. Can I answer the question adequately in another post this size or is it going to require a s-e-q-u-e-l????